The Oscars and YOU as an Artist

The Oscars and YOU as an Artist

“If people knew how hard I worked to get my mastery, it wouldn’t seem so wonderful at all.” Michelangelo

I did something very unusual for me a few weeks ago.   I turned my TV on.  I literally have not watched broadcast televisions in over 30 years.  There is a TV in my home but it is only for the purposes of watching something on Netflix 1 or 2 times a year.  However, after a conversation with a friend about the Oscars, I somehow felt inspired to check them out.  So, I fumbled with my remote control enough to finally get the station on and sat down to watch the Academy Awards.

I graduated with a Bachelors in Fine Arts, back in the early 80s with an emphasis on photography and film.  My love for film has never died even though I never pursued film after Art School, (I copped out … being a young radical who didn’t want to hold a camera for someone else for the many years I thought I would have to do that).  I confess, I can still, to this day, get completely lost in film … in the characters, the performances, the sound track, the lighting, the movement, the cinematography … well … in all of it.  It totally captures me.

I was intrigued as I sat watching the actors/actresses, directors, animators, editors, musicians, composers, singers, designers, sound teams, visual effects teams, writers, etc. receive their awards and was in awe.  It wasn’t the glitter and glam that had me in awe.  It was, for me, about that house full of hard working Artists. I was watching people who had mastered their Arts to a degree that they were being recognized for it.

I also watched the nominees who were not awarded but, in being nominated, also had reached an incredible level of accomplishment.  I paid particularly close attention to the speeches of the winners and their acknowledgements of all the others in their life and the industry that had made it possible for them.  Film is such a collaborative art form.

Now, I know that talking about a venue like the Academy Awards could raise a lot of controversy with Artists.  Just as in any Art, there are the Artists who receive the awards and the many Artists who may be just as talented but may never enjoy the fame or the financial gain of the few who end up on stages like that.  It is so easy to chalk it off to “luck” and “who-knows-who” but I personally can’t go there.

I was also present to their joy, their delight, their surprise and their gratitude.

I found myself thinking about my committed Artist clients … I could see a thread that runs across the board with them that matched up to those Artists at the Academy Awards.  I too watch these Artists, through time, work their butts off on their Art and/or the business of their Art … but, not like it is a burden or to be a victim to or a martyr about it … more as an “Of Course” because it is what they love, it is who they are and to pursue what they want.

I also watch them allow themselves to be joyful, delighted, surprised and grateful when they accomplish things.  I also see them being the same way just in their day-to-day work.  I know, when I see those things in them, that they are in it for the long haul.  They do what they do because it is all there is to do and it is a lifetime adventure of passion.

Are there even such things as overnight recognition as an Artist?  I suppose it is possible but if so it is very rare.  There are those who may suddenly show up on everyone’s radar … but in almost every case there has been tons of work that has happened before that moment in time, which no one has ever seen and which is seldom acknowledged or celebrated.

I am not eliminating “luck” … I just think it can’t, by the nature of it, be part of the formula for winning at the game they are playing.  Yes, being at the right place at the right time is entirely possible, but without the work to back us up then we don’t have what it takes to even capitalize on that moment.

And is hard work a guarantee? NO!  We can all name Artists who have worked a lifetime and not “made it” financially the way the wanted or gotten the attention they may have wanted. That is why us doing our work as Artists is a work that would be much easier to do joyfully and with gratitude. The thing I know for sure is that without consistent work then all the other attributes we may have has less of a chance to get us where we want to go, including talent.

Do we all want to be acknowledged by the world or to make money off our Art?  No.  For each of us “success” has a different definition.  The path to any definition of success is the same however.  Even if you consider being successful, as an Artist, is to be able to, just for yourself, produce better work each year or to be able to express yourself – the same path to that success is true.  It is through your work. Funny that we even call our creations: “Works” of Art.

I laugh a little now as I realize that so many people, who are not Artists, think every Artist’s life is filled with glitter and glam.  I have had people tell me that all that Artists do is play and show off for a living.  They point out the gallery openings and shows and stage performances of musicians, etc. as one big party.  They have no idea how much work goes into becoming recognized as any kind of Artist. And does that mean it can’t also be joyful?  No, but being joyful about your work doesn’t negate that they are working.

So, I send my congratulations to the winners of the Oscars and to all of those nominated!  I know you worked hard for it!  And I send my congratulations to those of YOU who put in your work, along your path, too.  To any of you who do not allow yourself to work joyfully or with passion or with gratitude … maybe it is time to add those things in with your work.  Being an Artist is a gift to be appreciated and enjoyed hand in hand with the work!

Do you work on your Art consistently and diligently, knowing that is simply what there is for you to do?

Are you putting in your work joyfully and with gratitude?

As always, I look forward to any feedback or comments you may have … I enjoy the conversation that we get to share with one another about the lives we have as Artists.  Thank you in advance for any contribution you may have for me/us.

About the Author: Kym 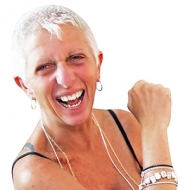 Artist & Artist Coach - Coaching Artists in Life, Creativity and the Business of Art!

Find me on Pintrest

Find me on other Social Media

Sign up below to have me contact YOU about a FREE Discovery Call!!!
Not sure if my Coaching is a fit for you?

What to find out more?

Leave me your name & email address and I will contact you and set us up with a call so we can Discover what you really need and talk about what I can specifically do to help you achieve whatever that is. I promise NO pressure and NO obligation!
Please look for my email within 24 hours from kym@creativevisionsrising.com!
Name: Email: